Please see the pictures and notes for this trip on my new blog …… Jeannietx22.com

In September 2015 we have planned and booked a trip to the UK and Europe. 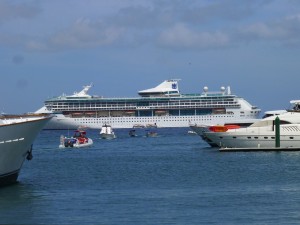 October 7, 2015 we will board Royal Caribbean Vision of the Sea for a 38 night cruise which is made up of three separate cruises all in the same cabin. The Transatlantic will be a lazy cruise back to the US.